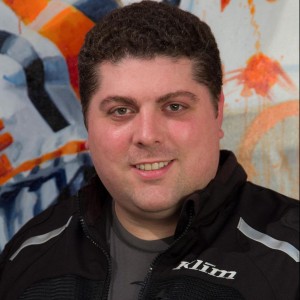 Cash Conversion – A Secret to Google and Facebook’s Success

Apple is the case study for mastering the cash conversion cycle. Last year, the company collected money from consumers...

This article was originally seen in Payments Journal

Apple is the case study for mastering the cash conversion cycle. Last year, the company collected money from consumers 86 days before they paid their vendors. Because they’ve found a way to get paid before they have to pay, they are swimming in cash while their vendors wait patiently for payout.

Apple is a B2C company, but for most B2B companies, there is a lag to getting paid because their customers are businesses with an invoicing process. In digital while Facebook and Google wait the B2B average of about 30 days to get paid, the rest of the industry is much less healthy, waiting more than 90 days in some cases, and that’s hurting everyone.

Google and Facebook have a lot of cash, so they can afford to pay publishers net 30 days and still pay employees, buy new companies, and invest in new development even if advertisers lag with payments. Looking at the CCCs of many other ad-tech companies shows that they don’t have the cash to grow operations and pay their publishers on time when their “days sales outstanding” (DSO) are so far out.

Some of the largest public ad-tech companies are experiencing DSOs of more than 100 days as advertisers force abnormally long terms on their vendors. This lack of cash needs to be made up somewhere. Paying publishers right away would hurt their competition, growth, and innovation because they would become cash-poor.  Some turn to financiers to factor (or borrow against) their receivables.  However, most ad-tech companies make their supply chain float the lag, and have DPOs (Days Payables Outstanding) that are several times longer than Google and Facebook so they can keep cash on hand. While the walled gardens are paying publishers in 30 days, many ad-tech vendors are waiting 90+ days to pay.

This trick of keeping cash in the middle might be helpful for vendors in the short term, but it hurts their business in the long term. It makes it hard for publishers to wean themselves off of old reliable Google and Facebook, and vendors start to feel a hit from the sell side as well as the buy side.

Focus On Profitability, If You Can

Without cash, companies become less transparent and their quality standards are compromised. What’s more, while some companies like Google and Facebook are cash-rich enough to hold out for the right long-term investments, their competitors don’t have that luxury.

For the industry to become healthy, more companies need to discuss the CCC during negotiations. It starts with buyers. Advertisers and agencies hold the cash and are essentially sitting at the top of a river, deciding how much water to send downstream. But advertisers rely on vendors and publishers to get their message in front of consumers, so being too stingy hurts them in the long run. It would be better for advertisers to ask vendors what they could get in return for a better CCC than to have a blanket payment rule that strains the very industry they rely on.

Vendors should also be clearer. If a buyer asks them for full transparency or to develop a new feature or integrate with a new partner, they should request a shorter payment cycle to cover the investment. If a publisher is threatening to turn off a vendor due to slow payment, the two companies might benefit from a frank, long-term profit based discussion.

The industry will benefit from better cash flow. We’d see more innovation, more transparency and healthier investments as companies are freed to focus on profitability and growth. Rather than having to stash cash in dark corners and strain quality publishers, the ecosystem could become a more stable marketplace if the cash conversion cycle were fixed.