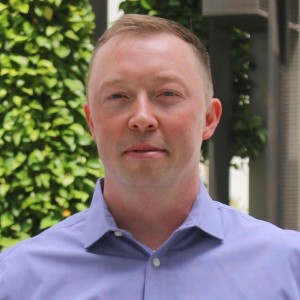 Simple concept. Powerful possibilities. How Comcast’s innovations with blockchain will change the future of technology in Philadelphia.

Blockchain is a huge, dynamic platform at a stage in its development that harkens back to the Internet in the early 90s. Thousands of applications are being built to utilize this revolutionary technology. Some of these will succeed. Others will fail. It’s a fool’s errand to try guess which will fall into either of those camps.

The Internet gave us email, search engines, and social media. And so blockchain is poised to give us smart contracts and new currencies, alongside an unknowable number of amazing advancements.

It’s exciting to see our Philly neighbor Comcast placing bets and innovating on a new platform, especially blockchain. It speaks to the amazing breadth of the platform that Comcast’s initiative (alongside their participating partners including Disney, Channel 4, NBC Universal, Cox Communications, Mediaset Italia, TF1 and others TBA) has no overlap with Amino’s products, despite both companies using blockchain technology in the field of advertising.

Comcast’s solution exploits the distributed ledger and programmatic capabilities of blockchain to share information in a secure and robust way amongst other participants in their consortium.

Speculating about functionality before products hit the market is usually fruitless, however, it seems the “big idea” is that Comcast and Disney expose their data to each other, albeit encrypted. The companies can’t just look at each other’s data, despite every member of the consortium having access to local copies of the data via blockchain’s distributed ledger. Any changes made to the distributed ledger will be passed along to all parties in the consortium. The data shared in the ledger is encrypted in such a way that Disney allows Comcast to ask marketing questions of Disney’s data and vice versa.

Simple concept. Powerful possibilities. Comcast and Disney would be able to share and combine their marketing data in a secure, anonymized way. Data collected across screens, logins, pay TV, etc. can be combined across companies to offer improved targeting precision and custom analytics in a way that was difficult to accomplish before.

These are two relevant, interesting, and innovative uses of blockchain. But, they’re as different as night and day.

What excites us at Amino about this Comcast initiative is that Comcast is our hometown hero tech company, just two blocks from our headquarters in Center City Philadelphia. Comcast is training a legion of engineers, salespeople, marketers, and more in not just blockchain, but blockchain specifically applied to advertising.

Comcast is a center of gravity to attract talent to work in Philadelphia. Because Amino is looking for team members with a specific skillset, we routinely have to recruit from outside the city. But, no one wants to relocate to an area with limited career possibilities except for within a single company. People will consider the question of what would they do if it doesn’t work out. If they know there are other potential opportunities to move to in the future, they’ll be more willing to take a chance on Amino.

But this relationship isn’t one-sided. Amino has made profound leaps by solving the capacity limits of blockchain. The reality is, there are only so many engineers in this area who can accomplish this type of advancement. Amino has brought engineers into Philadelphia who have the skill and experience to achieve these types of accomplishments and is also training people locally to build, market, sell, and develop our company.

It helps companies like Amino recruit people who want to learn while working with a smaller team, but like the possibility to perhaps move to a larger company later in their careers. If one of Amino’s team members decides at some point that they want a change of pace from startup life, then they will have that option. It’s the beginnings of the kinds of ecosystems that have built up in Silicon Valley, NYC, Austin, and other places. We’re excited to see what other companies—large and small—in the Philadelphia area will be next to train up local resources and attract new talent to our area.

Going broader than just the staffing implication of Comcast’s entry into blockchain creating a critical mass of talent, this also means there’s an opportunity for executive cross-pollination of ideas, enabling large companies and start-up companies to pool together effectively.

We were recently talking with Vice President, Strategic Development at Comcast Marc Siry. He was relaying how in the early 1990s he was in a meeting where they were talking about “What’s going to be the future of the internet?” They talked about four different approaches: Gopher, FTP, Finger, and the world wide web (WWW).

The success of the web seems obvious in hindsight, of course. But, consider the other things powered by the internet: email, file sharing, cloud storage, social media, etc. Blockchain is that same kind of transformative platform. We’re just now getting to defining the WWW layer. It might be crypto-currency. Or it might be supply chain management. Or maybe, smart contracts. These are all the first order, low-hanging fruit items. What will be really fun is to see what will spawn from that. It’s going to get so much more complex and interesting. We at Amino can’t wait to see it.