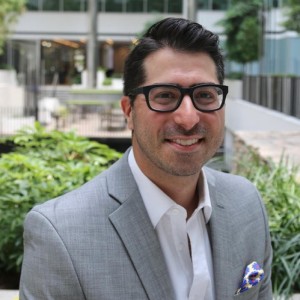 Publishers, fight spoofing and other drains on revenue with 3 tactics to overcome the programmatic black box in digital advertising.

In just the last few months, the digital publishing landscape has faced layoffs, dismal earnings reports, and negative press that signal longer-term headwinds facing the industry. While the upheaval has touched even the most accomplished publishers, a select few have found success by exploring new growth opportunities and addressing challenges that once seemed benign.

One such challenge — the programmatic supply chain’s lack of transparency — has steadily grown from an accepted annoyance into a multi-billion black box draining the digital ecosystem.

However, the situation does present a massive (roughly $11 billion) share of non-Duoply display spend up for grabs by publishers willing to fight back.

Here are a few strategies high performing publishers are deploying to do so.

A publisher can easily compare the contracted take rates of its demand partners and determine if the fee is commensurate with the given partners’ CPM and fill rate. However, this only tells part of the story, as hidden fees can quietly fly under the radar while chipping away at the precious ad dollar, a scenario elegantly described by Digiday:

Publishers auditing their stack must ensure that they understand not only what they’ve been paid by their partner, but also by that partner’s demand source. While many leading players are fully transparent in this regard, publishers should nonetheless seek out their own independent data detailing the economic underpinnings of their entire supply chain.

ELIMINATE REVENUE LOSS DUE TO SPOOFING

In better times, many publishers largely ignored domain spoofing, due to the difficulty quantifying and combating the problem. However, amidst the current economic climate in which every penny counts, publishers must confront the undeniable truth that some third party is effectively stealing from them.

While the two most common countermeasures each have their own limitations, they are nevertheless relatively straightforward first steps toward recapturing revenue currently being siphoned away by hackers.

The simpler of two solutions — the IAB Tech Lab’s Ads.txt initiative — allows publishers to publicly declare their list of authorized resellers. Its shortcomings, which have led to modest adoption, can be overcome, and publishers that do so will reap the benefit of a relatively easy win.

As a more lucrative alternative, many publishers are working to curb the spoofing problem by moving advertisers into PMPs and direct deals, where higher CPMs can offset the incremental effort needed to execute. While this strategy has far higher upside than the former, it is still far from bulletproof. Some advertisers will continue to resist a perceived lack of scale and insist on buying through the open market, while those that do elect to move into a PMP are still susceptible to fraud.

Beyond simply moving deals up the stack, savvy publishers are utilizing the lack of transparency in the digital supply chain as a way to differentiate their offerings through strategic expertise.

Today’s top publishers have become experts at understanding how to build and deploy data-driven solutions that achieve marketing objectives.

Meredith, for example, provides the buy-side proactive guidance needed to achieve PMP success, while Rodale creates diverse packages centered on audience insights. Quartz has been able to build a profitable business by working hand-in-hand with advertisers to understand and deliver against key brand objectives, despite maintaining a relatively low ad load.

The next opportunity for publishers to provide immense buy-side value comes in the form of supply chain optimization; that is, leading advertisers find the most economically efficient path to inventory. Doing so requires unprecedented insight into what is currently a black box, but the reward for illuminating every hop in the programmatic supply chain is significant — advertisers garner more reach and ROI, while publishers boost yield.

This mutually beneficial outcome truly represents the promise of programmatic. Efficient scale, precision targeting, and consumer attention must be enabled by publishers, rather than come at their expense.